Thank you for visiting us in the Summer! The museum will now be open for our office hours as listed below! 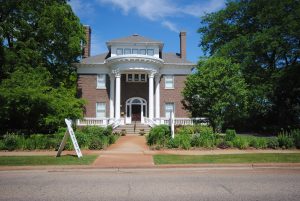 The house was built in the neoclassical style and consists of 23 rooms, not including the large halls and had a central vacuum system. An elevator was installed after Isaac became ill.

After the McMillan Memorial Library was built and opened in 1970, the building and land were deeded to the South Wood County Historical Corporation for the museum, which opened in 1972.